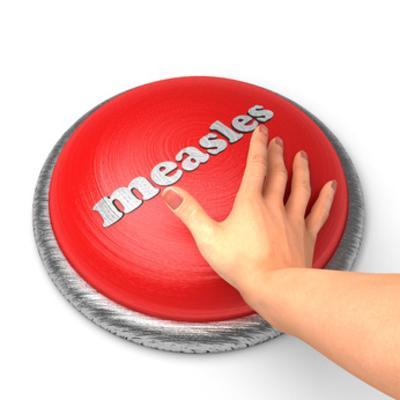 The number of new measles cases and outbreaks soared last year, according to a new report from the Centers for Disease Control and Prevention. Unvaccinated people made up the majority of those affected.

Since 2000, measles has been considered eradicated in the United States. The disease occurs here mostly when people become infected after traveling to other countries and transmit the disease to others upon their return. Ninety percent of the cases in 2011 had their origins in other countries, including 52 U.S. citizens who became ill after traveling abroad.

About half of the 2011 cases occurred during outbreaks, which are defined as at least three cases that are linked to each other. Last year, there were 17 measles outbreaks, well above the average of four for the previous decade.

Among patients who were U.S. residents, 72 percent of cases developed in people who had not received the measles vaccination, or had unknown vaccination history, despite being eligible for the vaccine. (Twenty-six cases occurred in people living outside the U.S.)

Fifty patients were children between 16 months and 19 years old who had not been vaccinated. The incidence of infection is believed to be highest in Northern California, Oregon, Washington and Vermont.

This is an important reminder that measles remains endemic in many parts of the world, and unvaccinated U.S. residents continue to place themselves and others in their communities at risk for measles and its complications.

In 2011, more than 30,000 cases of measles were reported in European countries, with France, Italy, Romania, Spain and Germany having the majority of cases.

The measles, mumps and rubella vaccine is recommended for all children ages 12 to 15 months, with a booster shot at age 4 to 6 years. Children as young as six months old can receive the vaccine if the family plans to travel abroad. Adults should be vaccinated if they did not receive the vaccine when they were younger. Adults born after 1957 are encouraged to get a booster shot.