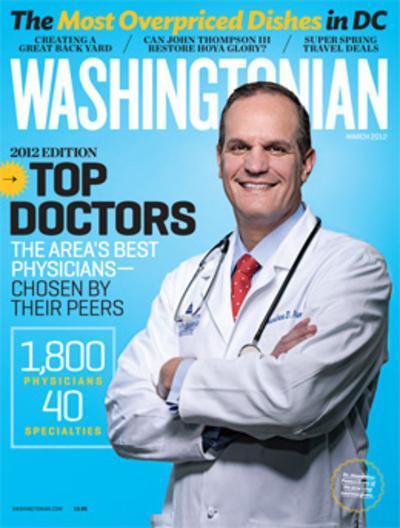 In a survey of his peers, Dr. Choudhary was voted a Top Doctor in Washingtonian Magazine’s 2012 poll. More than 1,300 area physicians responded to the survey, which asked what doctor they would send a family member to in each of 40 specialties. (www.washingtonian.com/TopDoctors/)

Dr. Choudhary also was named a 2012 Top Doctor by Northern Virginia Magazine. Along with asking all the doctors in Northern Virginia who, in their expert opinion, should be dubbed a Top Doctor, the magazine took the process a step further than peer nominations. It worked with nine local hospitals, including Children’s National Medical Center, and Mid-Atlantic Permanente Medical Group, and asked them to put together a panel of head doctors to discriminatively look at doctors with privileges at their hospital.

Each panel nominated doctors based on all the internal tools they are privy to: internal evaluations, patient reviews, as well as overall quality of care (patient access, training, unblemished records and how the doctor works with other staff).