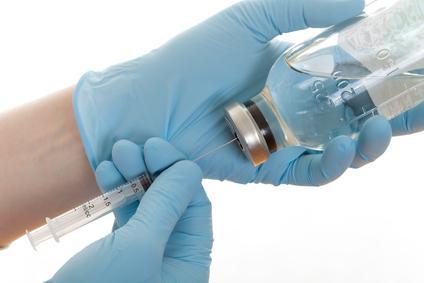 Small pox is the only disease that has been eradicated. Everything else is still out there. Some—like whooping cough and measles —continue to cause disease in the developed world. Others, such as polio, mainly occur in developing nations, but could be reintroduced anywhere, via international travel.

Myth: Children get too many shots

Children’s bodies constantly face things in their environment that challenge their immune systems to work hard, such as bacteria that line our skin, nose, throat and intestines, as well as bacteria in food, water and the air. The CDC recommends children get vaccinated against 14 diseases over a two-year period.

This myth started in 1998, when a study authored by Dr. Andrew Wakefield was published in the journal The Lancet. The study followed 12 children, eight of whom had parents who believed their child’s behavioral problems were caused by the MMR vaccine. The study set off a panic, causing vaccination results to drop—and rates of measles to skyrocket. Earlier this year, the editors of the Lancet officially retracted the paper, citing evidence that it held false information.

Many other studies, including ones published in the Journal of the American Medical Association and the British Medical Journal, have shown the increase in autism rates is not linked to the MMR vaccine. One of the largest long-term studies was published in the New England Journal of Medicine in 2002. Following 537,000 children, it found the rates of autism were the same among kids who had been vaccinated and those that had not.

After extensive reviews, the Institute of Medicine, the American Academy of Pediatrics, the World Health Organization and other major medical authorities have all concluded the same thing: The MMR vaccine is not causing the rise in autism.

This one is true. Almost all vaccines are given via shots, which can cause pain, redness and tenderness at the injection site. Other rare side effects include fever, persistent crying and allergic reactions.

Going without a vaccine is not safe either. The most prevalent cause of severe diarrhea, rotavirus kills 20 to 100 children every year in the United States and hospitalizes 55,000 to 100,000, according to the National Institute of Allergy and Infectious Disease. Worldwide, three million children are estimated to die from rotavirus each year.

Because some vaccines have been around for over 50 years, most young parents aren’t familiar with the diseases they are preventing. But vaccines are still hard at work.

For example, before the vaccine became available in 1963, almost everyone contracted measles before the age of 15. In the United States, it killed 450 people, mostly children, on average every year. After the vaccine was introduced, cases of measles reached a low of 37 in 2004. But just two years ago, that number climbed more than 130, according to the CDC; many of the patients were unvaccinated by choice.

In England and Wales, according to the Health Protection Agency, a similar trend of vaccination avoidance caused cases of measles to climb from 56 in 1998 to 1348 cases in 2008. Measles is now considered to have officially returned to the area as an endemic disease.

*Statistics provided by the Centers for Disease Control and Prevention