How to Stay Healthy and Avoid Measles While Traveling Abroad 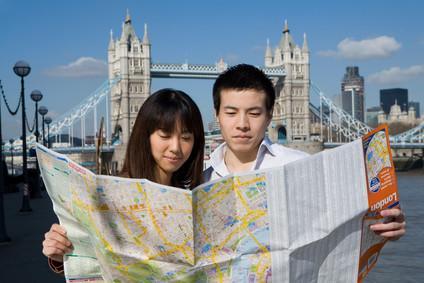 It’s summer and you may have the opportunity to travel abroad, for vacation or even for the Olympics in London. Measles is still common in many parts of the world. If you travel abroad, you may be exposed to people with the disease. Measles can cause serious complications. Make sure you are protected in advance.

Measles is still common in some parts of Europe, Asia, the Pacific, and Africa. Last year, more than 30,000 people in Europe had measles. Worldwide, about 20 million people get measles each year.

Thanks to widespread measles vaccinations, measles was declared eliminated from the United States in 2000. That means measles noÂ longer occurs year round in the United States. But the disease is still brought into our country by people who get infected abroad.

In 2011, 222 people in the United States were reported to have measles. U.S. residents and visitors got measles abroad and brought it to United States and spread it to others. This caused 17 measles outbreaks in various U.S. communities last year.

Measles spreads through the air when an infected person breathes, coughs, or sneezes. So, you can get measles if you are in the same room or place as an infected person and even after they leave. Measles virus can stay in the air for up to 2 hours.

While traveling, you could be exposed to infected people almost anywhere, including airports, airplanes, buses, hotels, restaurants, and stadiums. Infected people can spread measles even if they do not have the measles rash yet. So, you never know when you might be exposed to someone infected with measles virus.

The best protection against measles is the MMR (measles, mumps, and rubella) vaccine. This safe and effective vaccine is strongly endorsed by medical and public health experts. CDC recommends that children get two dosesâ€”the first dose at 12 through 15 months old and the second dose at 4 through 6 years old.

You should be up to date on all other vaccinations before leaving for your trip. Check your medical records. Visit your healthcare provider to see what vaccinations you might need.
For those who plan to travel abroad, we recommend that children 12 months of age or older should have two doses separated by at least 28 days. Adolescents and adults who have not had measles or been vaccinated should get two doses separated by at least 28 days. There is a special travel recommendation for infants 6 to 11 months to get an early dose of MMR vaccine to protect them from measles.

Know the Symptoms of Measles

While on your trip and also when you return, check yourself for symptoms of measles. The symptoms generally begin about seven to 14 days after you are infected. Measles typically starts with fever, cough, runny nose, red eyes, and sore throat. Three to five days after these symptoms start, you wi

ll get a red or reddish-brown rash. It usually starts on a personâ€™s face at the hairline and spreads downward to the neck, trunk, arms, legs, and feet. If you have these symptoms, you should stay away from others and call your doctor immediately.

Measles can cause serious complications, such as pneumonia or encephalitis, and even death. Some people are at greater risk for complications, including infants, young children, people with compromised immune systems, and pregnant women.