Infectious Diseases Tropical Medicine & Travel Clinic Blog When Should I Get Tested for STDs?

If you’re sexually active, you should be tested for STDs. After potential exposures, you may think it is best to get tested right away. But, there is actually a window period for STD testing. You can think of this window period as a waiting period, because once you’ve been exposed to or even infected with a STD, you won’t test positive right away.

Here at Infectious Diseases Tropical Medicine and Travel Clinic, we understand that this will be a difficult time for you. We want to help you determine the best time to make an appointment to see Dr. Choudhary for more information about STDs. Here are a few things you should know about STD testing.

If you’re sexually active and not in a long-term relationship, you should be tested for STDs on a regular basis. The federal Centers for Disease Control and Prevention offers this general testing guide:

Also, sexually active bisexual or gay men should get frequent tests for HIV, up to every 3-6 months, and yearly tests for syphilis, chlamydia, and gonorrhea.

If you think you’ve been exposed to any STDs, you need to be tested based on the window period.

The length of the window period depends on the STD. If you suspect a particular STD, let Dr. Choudhary know which one, so he can help you decide the best time to be tested. He may also recommend that you get tested again later.

Here are a few guidelines based on specific diseases:

In as little as one day, chlamydia may show up in your system, but testing should be done at least five days after exposure. It is recommended you retest two weeks after treatment to make sure you are free of the infection.

You can be tested for gonorrhea six days after possible exposure and then again after treatment.

This disease takes 3-6 weeks to show up in your system. Most people don’t show any symptoms of the infection until at least three months after the initial infection. Like hepatitis A, there is no cure for Hepatitis B, so retesting isn’t needed.

This disease can take up to nine weeks to show up in your blood, and retesting is recommended three months after a positive test to confirm that you have it. Hepatitis C is treatable and can be cured.

There are two types of herpes — oral and genital — and both are very common. You can be tested anytime after six weeks from the date of exposure. You can’t cure herpes, but active flare-ups can be treated with medication.

If you are infected with HIV, your body will try to fight off the infection by producing antibodies. The blood test for HIV detects the amount of these antibodies in your system. It takes 1-3 months for your body to produce these antibodies before testing will be accurate. You should be retested after a positive test because false-positives can happen.

HIV is made up of cells known as ribonucleic acid. One lab test can find RNA in your blood within 11 days after exposure to the infection. Just like the HIV antibody test, false-positives can happen, so retesting is strongly suggested.

This STD can take up to six weeks after exposure to show up in lab testing. You will also need to be retested two weeks after completing treatment.

If you think you have been exposed to an STD or feel you should be tested for any other reason, call our office or book an appointment online today to see Dr. Choudhary. 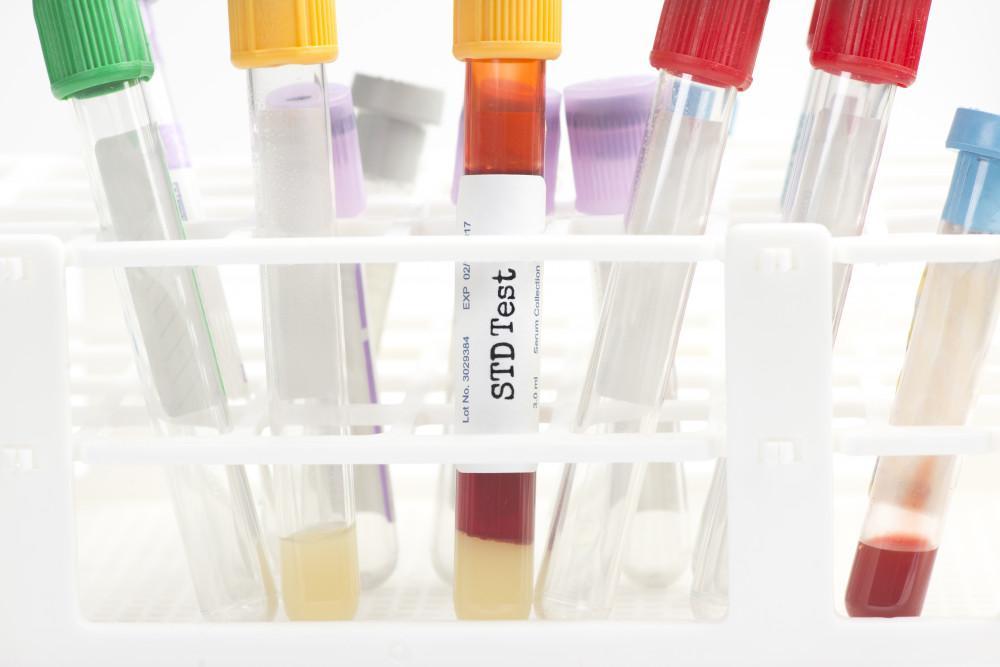 Should You Be Tested for HIV?

National HIV Testing Day is a good time to think about whether you should be tested for HIV. Early detection and treatment can lead to a longer, healthier life for people with HIV.